We have made it into the amazing and still terrible year of Two Thousand, Twenty-Two. While the year may still suck, the anime at its beginning, for the most part, did not! Let’s enjoy this final catch-up post!

Sono Bisque Doll wa Koi wo Suru, aka My Dress-Up Darling, is a romantic comedy about a couple of youngsters who have outside the mainstream hobbies but find commonality and the ability to collaborate with each other.

Wakana Gojou is from a family that specializes in Hina dolls – old-time Japanese dolls. Marin Kitagawa is a gyaru who is fond of cosplay but isn’t very good at making her own costumes.

Marin stumbles in on Gojou working on one of his dolls and loves it. She shows off her homemade costume of one of her favorite characters and the two bond over their love of their hobbies. After finding out that Gojou can sew, Marin asks him to make her a new costume.

The story progresses from there. Gojou is a great protagonist. He has just enough cluelessness in him to drag the love story out but is also a great partner for Marin. Marin has one of the best personalities I have ever seen in a main female lead, especially a gyaru one. She’s super likable, and it doesn’t hurt that she’s drop-dead gorgeous either.

Without spoiling too much, I will say that the last episode is sweetness overload. This show is a much watch if you’re into romantic comedies (peppered with a touch of fanservice). It’s currently streaming on Crunchyroll.

Akebi-chan no Sailor-fuku, or Akebi’s Sailor Uniform is going to continue our sugar high by introducing you to who may be the purest person ever to exist, anywhere. Take a hike, Mother Theresa.

The story follows the aforementioned 100% pristine Komichi Akebi. Ever since she was little she has wanted to wear a sailor uniform to school. Sadly, she and her family live in Japan’s version of Amish Country and she goes to a one-room schoolhouse where only she and her sister are students.

She and her mom made a deal though – if Akebi can get into Mom’s alma mater, Roubai Academy, she will sew her the school’s sailor uniform. So, Akebi does. And so Mom does.

Side note, I saw someone on Reddit question if this season’s anime was sponsored by Big Sewing Machine. Seems like a reasonable conspiracy theory that I think needs more follow-up.

Getting back to the story, Akebi shows up to opening ceremonies, and HOLY SHIT she is the only one in a sailor uniform. Seems the school switched over, and mom was unaware. No matter though. Akebi is so goddang sweet the administration won’t make her change, and she is so freaking cheerful and wonderful all her classmates are instantly like ‘Yeah, we’re cool with this’.

Everyone at her school loves her (maybe some more than others, but I will leave that to the fandom to ponder since I can’t even think of Akebi in any kind of ecchi situation without God smiting me). She helps everyone with their problems, becomes the star of the festival, and probably goes on to end global warming, bring peace to the Middle East, and stop COVID, all with her smile.

Akebi is streaming on Crunchyroll.

The long-awaited second season of Re:Dive has arrived!

I covered the first season of Re:Dive back in my Spring 2020 Recommendations, so I won’t go into too much detail here, other than this is a continuation of the story and helps explain a lot of things.

This season goes more into what’s going on with Kyaru (now that I actually play the game, this is how I spell it) and why she’s trying to murder her bestie, Pecorine. There’s also more information on the mystery of the universe they live in.

Besides the story, there are the usual hijinks and comedy you’d come to expect from this series. More importantly, they finally bring out my waifu, Ninon. Personally, I think she needs a spinoff, but that’s just me.

Any more detail would get us into spoiler territory, which I don’t want to do, so just go watch it! Re:Dive’s on Crunchyroll!

Leadale no Daichi nite or In the Land of Leadale is one of those video game isekai, where our protagonist is trapped in what appears to be a VRMMORPG.

That’s not a criticism, though. Leadale does things so well with the story and the characters that it’s very enjoyable!

What I gathered from the first episode is that our hero, Cayna, was in a hospital, possibly on life support. It’s not clear whether or not she was hooked up to the game, but the episode shows the power fails at the hospital and Cayna ended up in the game world. I think it’s safe to presume her real-life self has died.

Cayna finds out that it’s been over 200 years since she last interacted with the game, but that’s cool as it gives her new stuff to do, and new people to meet. Also, she’s super OP (because of course she is), but a lot of her OPness is played for humor.

I will admit that I love the isekai genre which is why I watched the show in the first place. Moreover, I really enjoyed the show for what it is, and I think you will too. Leadale is on Crunchyroll!

Arifureta Shokugyou de Sekai Saikyou 2nd Season – I do enjoy this show and I have enjoyed reading the light novels. I am not sure I liked this season as much as I did the first, probably because there was a lot more action and intrigue in that season. This season, however, has several twists and turns and even an adversary that can hold their own against Hajime.

Shikkakumon no Saikyou Kenja – The professional reviewers on MAL hate this, so for that reason alone you should watch it. It is your typical OP dude who gets reincarnated as another OP dude anime, but it’s still a fun watch.

If your looking for an isekai that’s as absurd as it is stupid funny, Fantasy Bishoujo Juniku Ojisan to is the show for you. It also might make you have odd feelings for that best friend that’s always stuck by your side.

Slow Loop is CGDCT only while fly fishing. Not to be confused with Houkago Teibou Nisshi which is CGDCT while normal fishing.

Have you ever seen a show like Power Rangers or something similar and wondered to yourself, how the hell do the bad guys come up with all those crazy monsters? Now you don’t have to! Kaijin Kaihatsu-bu no Kuroitsu-san is a workplace comedy that covers exactly that!

For whatever reason they decided to Englishize Hakozume: Kouban Joshi no Gyakushuu into Police in a Pod, rather Police in a Box. The latter makes more sense as a Kouban is a police box, not a police pod. Whatever. Let me tell you more about this amazing show.

Hakozume is really about all of the officers that work at this one kouban, but it focuses on Mai Kawai (yeah that’s her real name). She’s a new police officer who was kind of forced into the job as she wanted to be a civil servant like her dad, but she couldn’t get hired anywhere but the police department.

Mai constantly gets screamed at and insulted by the very people she’s sworn to protect almost to the point where even the Portland ACAB crew was like ‘Hey, uncool’. Having enough she decides to quit, but upon meeting a Sergent, Seiko Fuji, who was demoted from the Criminal Investigation Division to patrol, she decides to give it another shot.

The show is a hilarious take on the police and civil servant’s work, while also showing some heart and how some of the things we take for granted that the police do weigh heavily on them. I would still call it more of a workplace comedy than I would a political take-up, but regardless it’s a fun show to watch. Especially the episodes where Mai is really proven not to be cut out for police work, but still gives it her all.

Hakozume is streaming over on Funimation!

With that, the catch-up posts are done! Despite the Spring 2022 season nearly being over I have my Spring 2022 Recommendations coming up next week! Thanks for coming by! 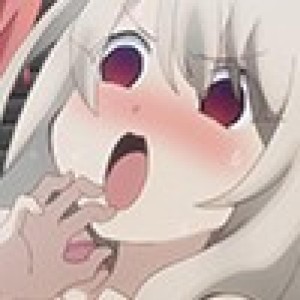 Hi! I am a former, Emmy-winning, news photojournalist who is now working on my own business as a web developer. In case you didn't know, I love anime, anime girls, and talks on spacial relativity.

This site uses Akismet to reduce spam. Learn how your comment data is processed.